Our concert series which we ran at Adelaides in Glasgow are now finished. We did have some plans for future events, but these are now on hold. Potential future events included:

The Anti Polaris Marches and CND in Scotland. 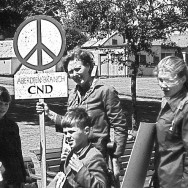 Song was at the heart of the CND protests, and political awareness and protest played a big part in the embryonic folk club movement. Some of the people involved in those early days are still around to tell the tales and the songs remain and will be given an airing in what promises to be a special evening. (Silent Movies on the Radio) 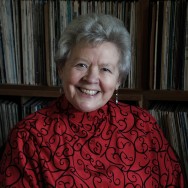 This evening will be an exploration and celebration of the life and work of Jean Redpath. Although Jean spent much of her life in America, she was a significant figure in the early days of the folk revival in Scotland and was committed to teaching through her association with the Stirling University Summer Schools. John Cairney, who for many years was Robert Burns through his stage performances, knew Jean well and will add his own personal insight and tribute to Jean. Through photographs, video and some unique live recordings, this evening will be an opportunity to experience the magic of Jean Redpath. One fabulous quote about Jean is worth repeating. “To call Jean Redpath a Scottish folk singer is a bit like calling Michelangelo an Italian interior decorator.” (Silent Movies on the Radio)

Glasgow has a significant story to tell in any history of the folk revival in Scotland. Where did it all start, who were the movers and shakers, what were the songs which kicked things along? (Silent Movies on the Radio)